Blocking on the boards of Tartarus Press books

Following the publication of Strange Tales IV, a few customers have asked about the blocking of the cloth on Tartarus Press books. Underneath the uniform yellow dustwrappers, quite a few Tartarus books have fairly austere boards, with the title and author in a frame, and the blocking inset in a cusher panel, as with Nightmare-Touch by Lafcadio Hearn: 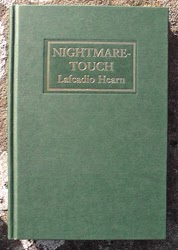 Some have simple one colour blocking, such as The King in the Golden Mask by Marcel Schwob: 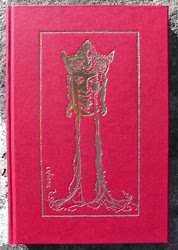 While others have a design and lettering in one colour, like Clarimonde by Theophile Gautier, The Snow-Image by Nathaniel Hawthorne, and Herald of the Hidden by Mark Valentine: 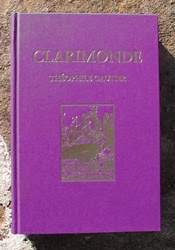 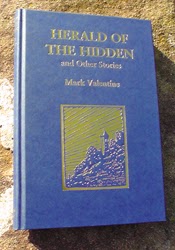 The nine Aickman volumes all have similar typography in gilt and silver. Here are Night Voices and The Attempted Rescue: 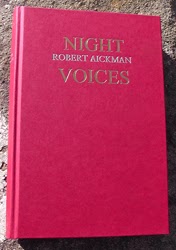 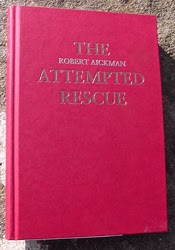 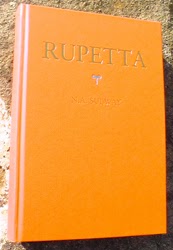 While Star Kites by Mark Valentine had two colours with more exuberant silver, and ocassional little stars added in gilt: 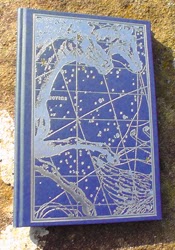 Dear Dead Women by Edna Underwood had gilt and silver blocking, but with a more traditional, ornamental design: 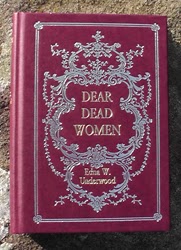 We went for three matt colours for Darkscapes by Anne-Sylvie Salzman: 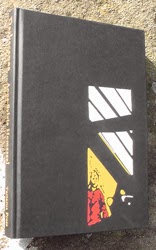 And then, of course, we went to town with three colours on Sourdough and Strange Tales IV 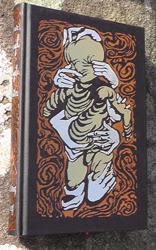 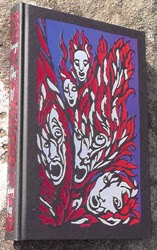