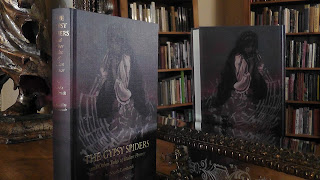 The Gypsy Spiders by Nicola Lombardi, 2021

We’ve recently published a superb collection of intelligent contemporary weird stories, The Gypsy Spiders and Other Tales of Italian Horror, by Nicola Lombardi. The title story, which is set in Italy in the dying days of World War Two, won the Premio Polidori, one of Italy’s most prestigious horror awards. It’s a great privilege to be able to make available the marvellous English translation of the collection by J. Weintraub. The book recently  received a very wonderful review at Oddly Weird Fiction: 'Absolutely brilliant and very, very highly recommended.', and the blog pointed out that there is a whole world of unstranslated weird fiction out there.

Clarimonde, Monsieur de Phocas and Darkscapes
Tartarus is obviously a publisher of literature in English, but we have always made a point of publishing books by authors from the US, Canada, Australia, Ireland and the rest of the world, as well as the UK. Alongside The Gypsy Spiders, in print with us at the moment are Clarimonde and OtherStories by Theophile Gautier, translated from the French by Lafcadio Hearn; Monsieur de Phocas by Jean Lorrain, translated by Francis Amery (Brian Stableford); and in paperback Le Grand Meaulnes and Miracles by Henri Alain-Fournier, translated by R.B. Russell and Adrian Eckersley; and Darkscapes, by Anne-Sylvie Salzman, translated by William Charlton. In the past we have published such classics as The Golem by Gustav Meyrink, The Sand Man and Other Night Pieces by E.T.A. Hoffman and The House of Oracles by Thomas Owen, amongst others. All have sold well, in large part because of the wonderful translations that were available to us.

And there lies the difficulty. We would very much like to become even more inclusive and wide-ranging in our publishing, making available classic and contemporary weird fiction from many other countries – India, Africa and the Far East spring to mind. But there is always the problem that we need a good English translation, and it is problematic for a small press to take the financial risk of commissioning a translation of a work that we can only read and assess for publication once it’s been translated!

So, for now, we are largely reliant on international authors and translators coming forward and submitting finished translations to us. This has resulted in several wonderful books, including The Gypsy Spiders, but we agree that there are many more out there, just waiting to be discovered by an English-speaking audience . . . 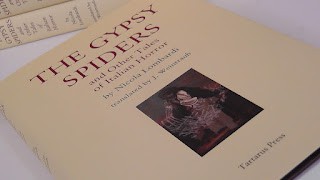 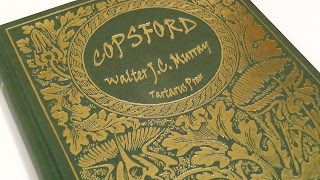 One hundred years ago a young man, Walter Murray, spent a year in a derelict cottage, Copsford, working in lonely Sussex countryside among the wild animals and birds, with only a dog, Floss, for companionship. From the beginning, Murray has to fight not only the rats that infest his inhospitable house, and the elements outside, but also a loneliness that he finds soul-shatteringly oppressive. 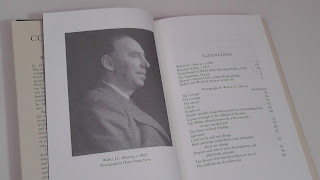 Walter J.C. Murray
But Murray comes to delight in his simple life, despite its deprivations. Above all, he appreciates the wildlife he experiences in meadow and woodland, the animals and insects, birds and butterflies. And he comes to a deeper understanding of plants and trees, the sun, wind, rain, frost and snow. He wrote about his experiences in Copsford (George Allen and Unwin Ltd, 1948).

Copsford is an under-appreciated classic of the English countryside, delighting not only in flora and fauna, but in scent, colour, sound and movement. In beautiful and sensitive prose Murray expresses a vivid depth of feeling for nature that makes Copsford a tour de force of nature mysticism.

I first came across the book through my father, who was interested in it because Murray was a well-known figure in Horam, the village where he and I grew up. The author and literary researcher Mark Valentine then reminded me of the book a few years later. I discovered that my father had known the derelict house, Copsford, and that I had ranged across the same fields as a child (although the houe had been demolished by then). I have since revisited the site with my family and we were able to trace the outline of its walls in the rough ground. 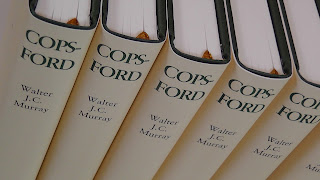 Tartarus decided to reprint Copsford (which is now down to its last few copies), and it received some great reviews, being featured in the Sussex Express and on Wormwoodiana. Patrick Galbraith in Country Life wrote

‘The writing is masterful, moving gracefully between farce when he’s waging war on rodents and the sublime when he’s painting the beauty of the South Downs.’

As the book was being prepared for the printers, I composed a number of pieces of music inspired by the various elements of Murray’s book. These were released digitally on Bandcamp in 2020 and the album was recommended by Bob Fischer in his 'Haunted Generation' column in The Fortean Times. The track ‘Midsummer’has been played a few times on The Freak Zone, BBC Radio 6, by Stuart Maconie. 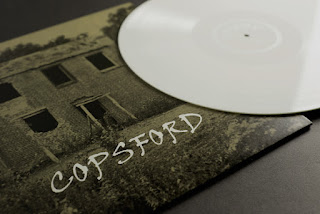 The album is now available (while stocks last), in a very limited lathe-cut vinyl edition from the incomparable Bladud Flies! In this process each copy of the record is cut in real-time. Michael Lawrence, aka The Bricoleur, has mastered and cut the record, while Lauren Winton has created a wonderful centre etching, and has overseen the design of all the artwork for the sleeve and insert. There are only forty two numbered copies. 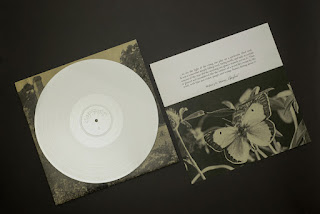 Copsford is a wonderful book, and we hope you enjoy both Murray's writing, and the music!

It has been eight years since our last blog post . . . In that time we have embraced Facebook, Twitter and even Instagram. Social media has evolved and changed, and we haven’t felt the need to keep the blog up to date. From now, however, we will attempt to change this, not least because we have a book scheduled for publication early next year and we would like to discuss it, and the research undertaken. More of that in a later post . . . 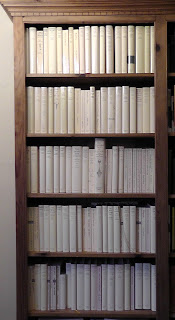 In the last eight years we have endeavoured to produce books to our usual high standard, publishing contemporary and classic writers in the supernatural, strange and weird genres. Printing has been undertaken by Antony Rowe and TJ Books, to whom we would like to express our heartfelt thanks. They have both done a fine job and we are very grateful for their expertise and professionalism.

To expand on from our last blog post (in 2014!), we would like to draw your attention to the printed boards and blocking in foil on some of the more recent Tartarus Press books. 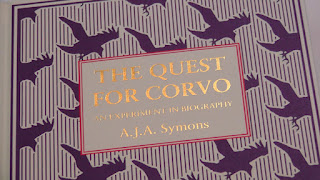 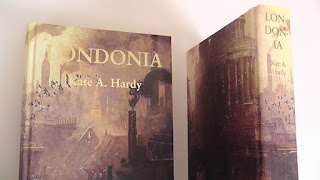 Other books have simply been blocked in foil on unprinted cloth, sometimes quite subtly: 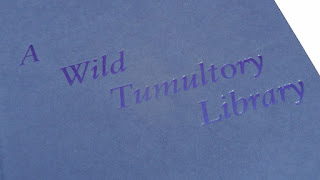 At other times with more exuberance . . . 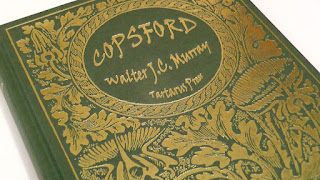 And we have also been reprinting books as paperbacks. Originally, we published our paperbacks traditionally in runs of 200-300 copies, but more recently we have been making them available through Amazon, using their print-on-demand technology. Partnering with Amazon is not ideal for us, but it means that customers outside the UK are able to have their books printed and dispatched locally, and much more quickly. It also allows us to keep some great books in print that might otherwise fall by the wayside. 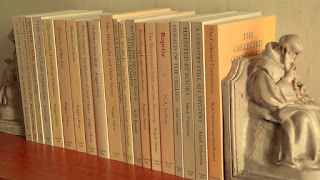 A selection of Tartarus Press paperbacks

And we have been publishing ebooks. We know that many of our customers are most interested in lithographically printed traditional hardbacks with sewn sections on quality paper, but there are some who like the convenience of ebooks.

It has been a strange couple of years, and who knows what the next eight years will bring, but we will always do our utmost to publish interesting books in the formats that readers prefer. And, for the time being, we will do our best to maintain this blog . . . .