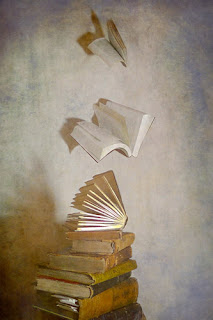 Peter Cooper writes in the new issue of The Book Collector (Summer 2022):

The four collections of essays by Mark Valentine published by Tartarus Press in Yorkshire contain some of the best writing on books of the last twenty years. It is unsurprising that his name is not cited alongside Basbanes, Dirda or Gekoski, for Valentine’s chosen subject is, more often than not, the rediscovery of a neglected author or lighting a candle at the shrine of an author who had no wide audience in life.

As Cooper suggests, Mark Valentine's four volumes of essays, Haunted by Books (2018), A Country Still All Mystery (2017), A Wild Tumultory Library (2019), and Sphinxes and Obelisks (2021) discuss, in the main, relatively obscure authors. It is Mark's genuine enthusiasm for these writers and their books that makes his essays so readable. The essays are by no means academic in style--Mark has a lightness of touch, always with an elegant turn of phrase, that is very compelling. 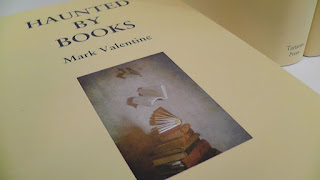 The first collection, Haunted by Books, went under the critical radar, although it sold out very quickly in its first hardback printing, and the paperback reprint continues to sell well. It contained essays touching on authors such as Robert Aickman and Michael Arlen, Lewis Grassic Gibbon and Walter de la Mare--none of them particularly widely known. Mark also discussed Mary Butts, H.A. Manhood and Peter Vansittart, authors known to an even smaller coterie of readers. How many, who consider themselves well-read, will have come across the books of Claude Houghton, Charles Welsh Mason, L. Furze Morrish or J.C. Snaith? In every instance Mark makes a strong case for hunting out the works of these writers, explaining just what they still have to offer a modern reader. 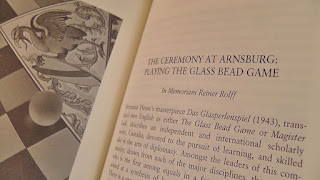 A Country Still all Mystery continued in a similar vein, but when Mark discussed a book as widely recognised as The Glass Bead Game by Herman Hesse, he viewed it from an alternative, personal angle. Arthur Machen, Oliver Onions and Sarban were also considered, as was M.R. James. Other recommendations included the thrillers of R.C. Ashby, and the books of C.R.J. Carstairs. Mark also ventured, compellingly, into other outre territory, such as Extra-Parochial Districts and The English Catalogue of books.

Rosemary Pardoe wrote, in the Ghost and Scholars Newsletter 32, that "Mark's easy, elegant and erudite style, and his vast knowledge of books, places, forgotten legends and folklore, ensure that every single essay is an enjoyable read."

Ian Holloway at Wyrd Britain posted online that the book was "A hugely recommended read for anyone with an interest in the roads less travelled and in the words spoken with a quieter resonance." 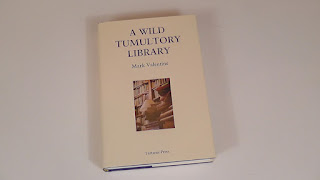 A Wild Tumultory Library was described in Publishers Weekly as: "This delightful collection . . . Valentine’s essays brim with fascinating insights and details . . . Book lovers will find this volume’s contents compulsively readable and will almost certainly be driven to seek out the many books and authors cited with whom they are not already familiar."

Michael Dirda wrote in The Washington Post "A Wild Tumultory Library . . . is just as enthralling as its predecessors, Haunted by Books and A Country Still All Mystery. Against all reason, I devoured this latest collection in one night, unable to stop myself. Actually, that’s not quite true. I did pause occasionally to search online for some of the titles Valentine writes about so infectiously."

Michael Dirda's last comment echoes that of several readers who have been using Mark Valentine's essays as a reading list, and it is noticeable how copies of books that he recommends often disappear from online bookselling sites within a couple of weeks of the publication of his volumes of essays! 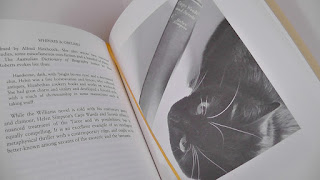 Sphinxes and Obelisks, Mark Valentine's fourth and latest volume of essays, has been just as well-received. Who would not want to know about Edward Shanks’ The People of the Ruins or H.M. Vaughan in ‘The Interplanetary Jacobite'?, and thereafter the recommendations become even more esoteric and colourful. Mark Valentine is a delightful guide through what he describes as the "undergrowth" of litertaure, the forgotten and usually unremarked writers whose strange and curious qualities have languished in the back rooms of secondhand bookshops for far too long.

It should be noted that all four of Mark Valentine's volumes contain a great deal of original writing, and also collect essays from otherwise fugitive, often small press publications. Several essays also appeared at the Wormwodiana blog, where Mark continues to post, and which we heartily recommend. 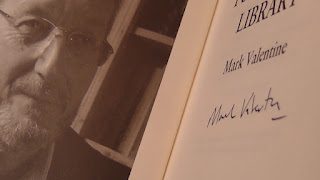