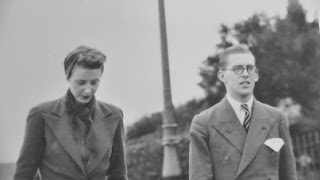 One of Aickman’s ‘great loves’ (there were several), was a woman he called Eve in The Attempted Rescue, whom it has not yet been possible to identify. Aickman wrote that they moved into a disused windmill at Baldslow, north of Hastings, Sussex, just before the start of the Second World War. He happily recalled Eve, in trousers, on a succession of sunny days. 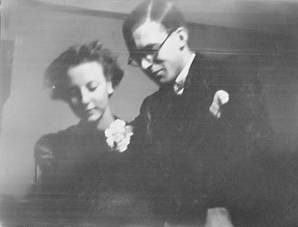 Aickman retained a number of photos of himself and ‘Eve’ (identified by Felix Pearson in the Aickman archive). The one reproduced above looks uncannily like a wedding photograph!
Aickman wrote in The Attempted Rescue, that two years of rare happiness ended at Baldslow:
Eve had died for me when she accommodated to the unnecessary war. Possibly I had died for her a little earlier; when I failed to perform the miracle that all women need.
As is often the case with Aickman’s autobiographical assertions, he raises more questions than he answers. Why was the Second World War ‘unnecessary’? (His claim was made in 1966, long after most historians agreed ‘appeasement’ with Hitler would been impossible.) What was the ‘miracle’ he had failed to perform? (Should one even ask?)
It is also easy to read Aickman’s account and assume that when he ‘moved’ to Baldslow Windmill with Eve they were together there, perhaps alone, for a significant period of time. However, in a letter to Audrey Linley on 12th April 1940, Aickman wrote that during the summer of 1939, ‘I spent . . . three weeks in a windmill which I leased with some friends.’ Aickman kept photographs of himself and Eve, along with one of the Windmill which shows Eve and those friends, including children. 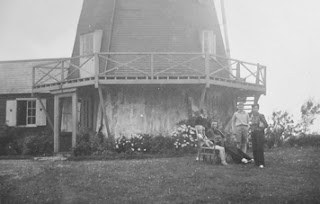 ‘Eve’ seated, and others at Baldslow Windmill. Photo taken by Aickman? 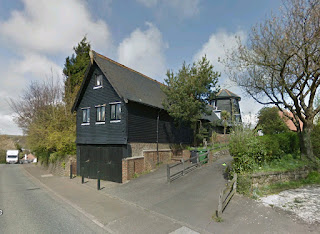 Baldslow Windmill today
As is often the case, Robert Aickman’s version of events in The Attempted Rescue is a very personal one, offering a perspective that suited the story he wished to tell.
The above is an expansion of material from Robert Aickman: An Attempted Biography by R.B. Russell.

All photos, unless otherwise stated, are copyright Estate of Robert Aickman/British Library/R.B. Russell, and are not to be reproduced without permission and acknowledgement.
at March 21, 2022 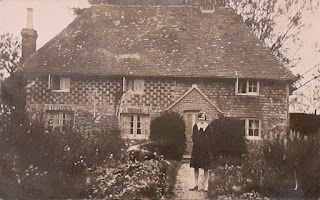