All the Different Editors 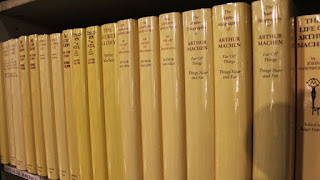 Tartarus Press books on the shelves of Watkins Bookshop, London

In the world of book publishing the term ‘editor’ covers a multitude of different responsibilities, all requiring unique creative skills. Every publisher will have their own way of working, but in a small publishing house like Tartarus Press the first role is that of the ‘commissioning’ or ‘acquisitions’ editor, whose job is to recognise the quality in manuscripts that have been submitted. Recognising literary merit is one part of the editor’s job, along with knowing what will be enjoyed by readers and might be, hopefully, commercially viable. It is a judgement call that begins the publishing process.

Next there is then the traditional role of what might be called the ‘developmental’ editor, who works with the author to get the very best out of a manuscript. Sometimes a book will be submitted that requires no additional work at all, but for every manuscript like this there will be another that requires further development to realise its full potential. Every book is different and the relationship between the author and editor can be a very personal and intense one. Some writers will insist on thanking an editor in their acknowledgements because they know that the book bearing their name would not have been as good without the editor’s input. Traditionally, the editor goes quietly about their business unacknowledged, but influential editors such as Diana Athill have recently become recognised for their work in shaping not only individual books, but the careers of writers, and even the direction of a publishing house.

All the above applies equally to novels, single author short story collections and individual short stories destined for new anthologies by contemporary writers.

There is a quite different editorial role when ‘curating’ an anthology or collection of previously published writing. Our collected editions of classic writers from Arthur Machen to Oliver Onions, from Edith Wharton to Walter de la Mare, require editors who know the author’s work well and can make informed decisions on what to include, and what to leave out. When we have used ‘external’ editors such as Mark Valentine and Richard Dalby, they will often provide an ‘Introduction’ to the book, and are credited as the editor. When the books have been curated ‘in house’, we have not always credited ourselves.

Once the book is as good as it can be in creative terms, a ‘copy editor’ has a vital role to play. It is inevitable in a manuscript of 70,000 words or more that there will be simple mistakes, ranging from slips in spelling or punctuation to statements of fact. These are easily missed while so many other creative matters are being considered, especially when the text has been read and reread many times. Added to these may be changes so the text conforms with a ‘house style’ (single or double quotation marks, Oxford comma or not, etc.). And then there is the requirement for consistency.

Finally, proof-reading should not be overlooked as a part of the editorial process. At Tartarus Press all books are proof-read in-house, and then we have Jim Rockhill proof-read them again. We don’t always attain the perfection we aim for, but a reprint is a good excuse for a further proof-read. 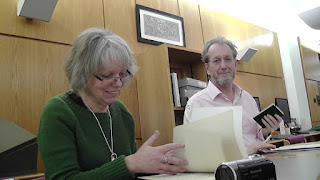 Rosalie Parker and Mark Valentine at the Brotherton Library, Leeds

Our ‘editor’ at Tartarus Press is Rosalie Parker, and we use the term in such a way as to cover all the roles outlined above. Apart from the award-winning Strange Tales series, her creative input into most Tartarus Press books goes without being noted. Our authors, however, realise the importance of her role, because publication is not just about seeing their writing in print, but in it being offered to its best possible advantage.